Anyone know how they got in here?

Hello! I haven’t really made a lot of topics so apologies if this is in the wrong category.

I was just playing a round of Mega TW and two people from the opposing teamwere in here: 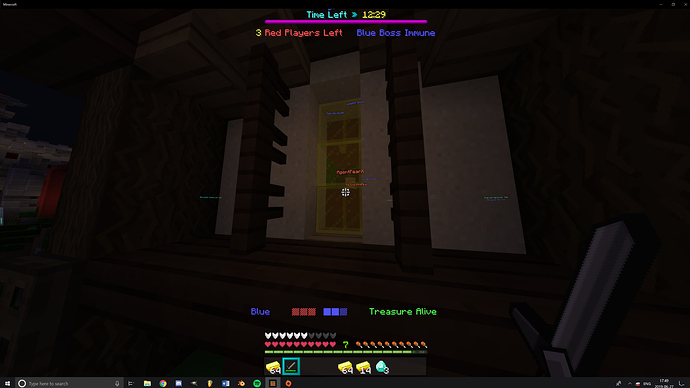 Most of my team spent over ten minutes trying to get in there but there weren’t any entrances we could find. Eventually someone managed to glitch through the roof using an iron axe (broke the wood to fall through the roof faster than the block could be replaced) which landed them on the second floor, but the two players were on the bottom floor and had apparently blocked off the ceiling from what my teammates were saying. The game ended in a draw. Does anyone know if there is a legit way to get in there or if they were just hackers/glitched through the roof as well?

This always happens to me too when playing treasure wars, i believe they glitched through there

its people like these who keep me away from mega

Report those people! They are breaking The rules. They’re abusing exploits so will be punish or warned! If you have any further questions you can dm me or bedrock helpers. Have a nice Day