Alternate Future of the World 2: Insert a good title here

why a sequel? idk its a good concept but the original game went total spaghetti fast

DEFCON 5 - Absolute Peace.
DEFCON 4 - A bit of tension.
DEFCON 3 - Some tension.
DEFCON 2 - A lot of tension. Countries with access to nukes may prepare them should it go to DEFCON 1.
DEFCON 1 - A ton of tension. Nukes may be used, but should too many be launched at one time, the world will end and everyone will have to retreat to bunkers.

DEFCON can be affected by:

Now that the rules are put in place, let’s start, shall we?

The year is 2022. A happy new year indeed, with the pandemic over.

It is currently DEFCON 5.

It is still very peaceful.

He also builds a nice cottage of each of the islands the USA has ( guam, Puerto Rico etc ) and also owns Mexico. He is a very charitable person and loves to be involved with local communities and plays Minecraft with the kids

It’s peaceful at defcon 5, and all of the residents are happy!

Also @HolyPotato263 what is the Holy See?

And also is there a limit to the amount of countries you can own?

Can I claim bodies of water this time?

is there a limit to the amount of countries you can own? 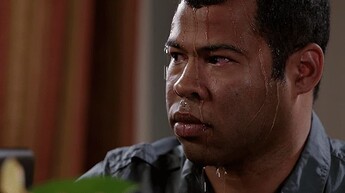 water is for everyone to drink

ok jokes aside there currently isnt a limit

Could I suggest a chart depicting which countries are owned by who?

United Kingdom does not recognise that claim.

Could I suggest a chart depicting which countries are owned by who?

yes ive got one rn

Germany offers a shared leadership of Australia to the UK

yes ive got one rn

Btw I own USA

Germany offers a shared leadership of Australia to the UK

I’d rather Australia be left alone for the time being. After all, it’s not your flag displayed on the top left.

Btw I own USA

Will leave it up for someone else, but isn’t this an alternative future of the world? In this future Britain may not have controlled Australia for a period of time.

In this future Britain may not have controlled Australia for a period of time.

thats more or less alternate history, this has all of the history in our world + whatever we do with the future