Winstreaks on the Treasure wars statistics

Yes this a good idea!

One thing though a bot in my discord called give stats does have a page for treasure wars winstreaks, however nothing comes up for it. Perhaps it could be added on that discord bot and online as well for non discord users.

that they are rlly good at tw

More like that they don’t play solos. This would be even better if gametypes were seperate because it’s so much harder to win solos than squads 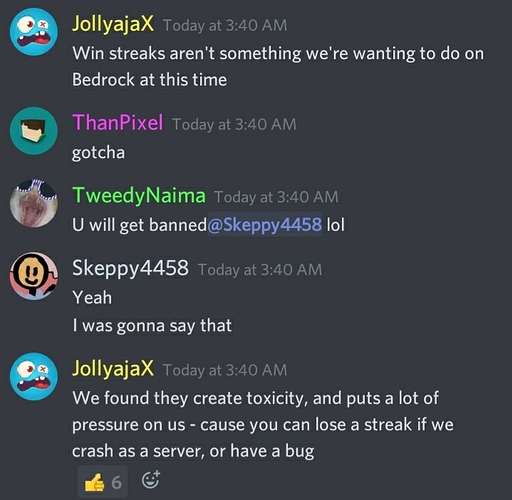 Nooooooo. I wanted then.

The reasoning imo isn’t, solid, but I guess I respect their decision