It would be nice to add LMT games cough ghost invasion cough to CS. Of course, it would only be up when its appropriate but when it is I bet people would have loads of fun. You could modify the zapper cooldown, starting ghost and starting humans.

Go here and scroll to the bottom, sorry

That’s why they made a suggestion to change this

i would be happy if they did but it seems like too much work, and i posted that because i thought they meant that lmt wouldn’t be added and that was final

They would of course only be available when the seasonal minigame is out.

I mean, why only when it’s out though? Unless they completely remove all data for the game when the game’s not around(which is possible I guess), it shouldn’t be that bad to make it so you could play it in custom servers(I could be wrong about that though, not familiar with how networking is). And you wouldn’t get any of the cosmetics, and it wouldn’t clog up the hub either

I mean, custom servers are small compared to a hub npc and meant for you to customize things, so I don’t think it’s a big deal even for the novelty of the game. There are still only rewards during Halloween time, and also it can be hard to organize a custom server event if you’re not popular, so it being a hub npc still means a lot more of it being played.

This has been implemented! 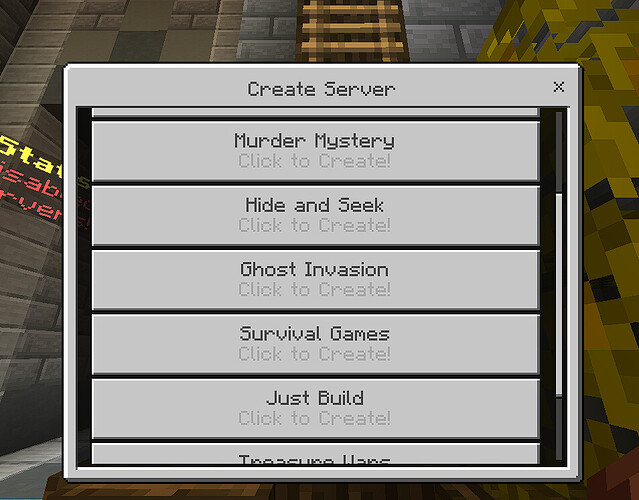