Well, here’s a gamemode that I came up with.

Basically, Parkour Wars is a king of the hill styled game in which the goal is to use your parkour skills to make it to the top of the map. The problem is—there’s other people trying to do the same thing! PvP is enabled, and it combines parkour skills (which isn’t presented pretty much anywhere else on the hive), with the classic fast paced PvP that we all love.

Here’s some screenshots from a tiny alpha version I made, 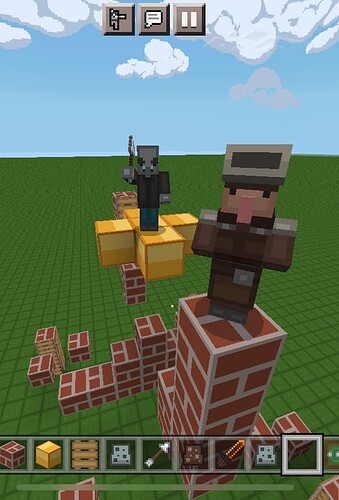 image563×828 51.5 KB
People will sit at the top once they make it up there, and attack people who try to knock them off 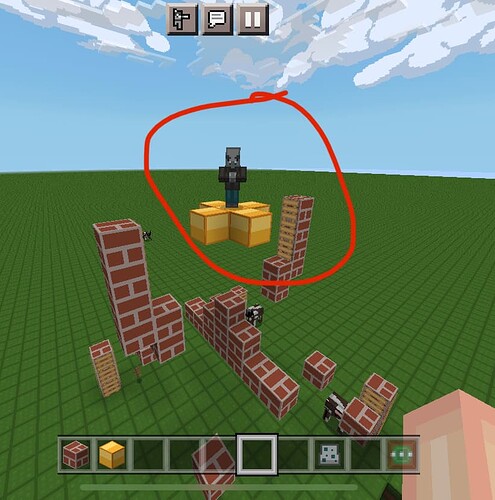 image1487×685 80 KB
There will be multiple paths to make it up to the top. In this image, we start with four ladders, which then transfer into one platform with two parts. This platform then splits into two more platforms, which eventually converge at the middle.

Now, some notes of clarification.

There would be power ups. This is to make the game not completely skill based. Some ideas I had were:

Leap Feather (sends you into the air)

Retry (Allows you to go back to your previous location, say, if you get knocked off)

All of these power ups would be scattered among various levels of the map, and they would all be a one time use.

Here’s what I thought they would be,

Most time spent as King

Current King (at end of game)

Most players knocked off

Well, that’s my suggestion. I hope it’s a good one, and that it’s not a dupe

seems like a fun gamemode with a little twist to it

you got my vote

I have no friends to make a proper mock-up with

I used to grind MinerWare as a kid haha.

thats actually very nice and i would love that kind of game, have my vote

or u could even branch off it and do a parkour tag? great idea btw

Maybe there could be different gamemode variations under one Parkour NPC

That’s for a different suggestion though.

Name needs work, but got my vote!

I made a slightly better mock-up of an actual map. Note that the parkour isn’t extremely difficult

if u want i can help in the creation of it and test stuff. add my discord the_kaidennnn#0810

I’m going to bump this since I forgot about this suggestion haha, thanks for 20 votes by the way.

Honestly I might turn this into a suggestion for The Arcade, I think it would fit better there.