A New Update is Coming! 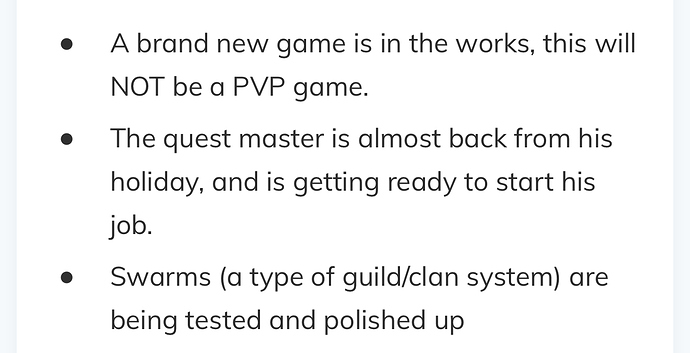 What are you excited for the most?

Pretty excited for guilds, and chances are they might add private games for the guilds, 8-32 players per guild.

The quest master was in for long not having any quests but it should be here soon with new quests that can give you global rewards, plus I want some interesting kinds of quest like snowball someone off the edge from behind in TW or kill at least 3 innocents using Nether Star as the murderer in MM.

Hmm only time will tell in the future.

Am I the only one who thinks quests is the BEST. I need more motivation to play all the games and not just my favourite. The non-pvp part of the new game would stop windows 10 people being too good as well.

Gives motivation and interest in playing mini games on Hive and challenges you of some sorts I guess.

I love all 3 of these, but clans is where it’s at for me and my friends

Mhm I agree, would be the best idea so far,

Pretty excited for all of it, but for the memes…